Just launched a new site that I worked on with Leigh Cosma called Follow Them Around.
It allows people to follow Radiohead on The King of Limbs World Tour using video footage uploaded by fans. By the end of the tour our hope is that all the tracks from every gig will be available to watch online. 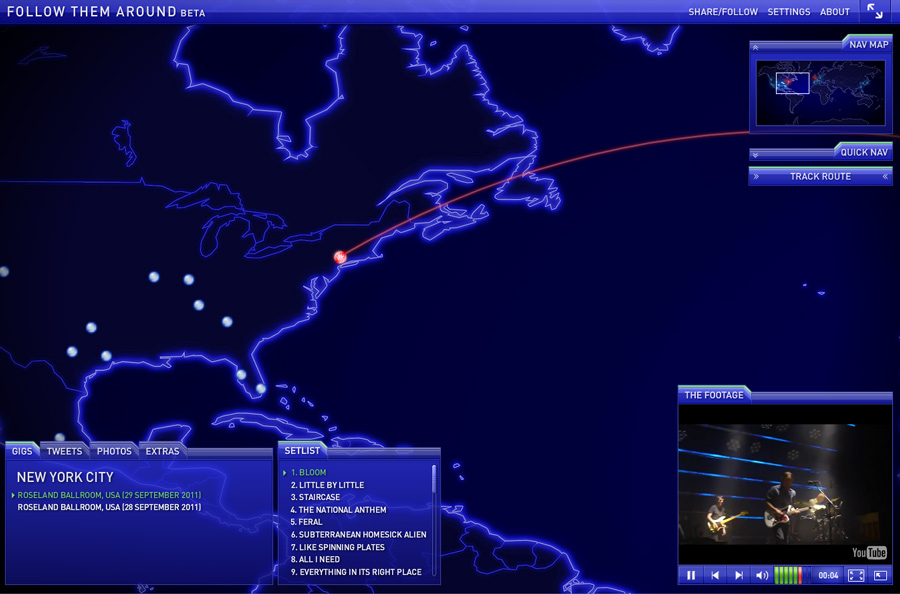